The mystery that is called "The Female" 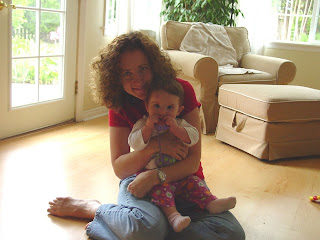 So, tonight I asked my husband
"Does dealing with Talia's emotional girl stuff help you understand females any better?" and he smugly responded "It's just more of the same mystery to me". This five year old girl is already worried about being liked, hurting feelings, and like totally who she is like hanging out with today for sure. We had to comfort her tonight because she asked me to do a braid in her hair this morning and this boy at school said it was weird and that Zoe her new bff didn't want to stand next to her in line. She was sobbing (when she should be sleeping) and said it made her feel bad and I'm already having to talk about not worrying about what others think and to speak her mind and not being afraid to ask for what she wants. Thank goodness for Robert Munsch and Stephanie's Ponytail (I love to being able to pull from familiar stories). She is not supposed to be concerned about this stuff so young! I mean, I'm in my late 30's and still dealing with this insecure crap (but getting a little bit better), but somehow in my mind, I thought I had years to go on this heavy stuff with my daughter. Where Quinn's biggest concern is whether kids follow "the rules" and interrupt him during his quiet time, Talia cries because, well, it doesn't take much let's just say that. Which means, when she cries I sometimes roll my eyes gearing up for the here-we-go-again drama, but when Quinn cries and gets that face, I know he's deeply hurting and the pain stabs me in the heart and I'll do anything to make him stop. And I mean anything.

So, this means I have to dig deep and share my insight and lessons learned a little bit earlier than expected and hope to make her more confident than I was at her age. I think it's important to admit to struggles that I still deal with ("Will my new playdate mom friend like me and/or will it be awkward?). I learned a lot from my own mom and her many trials and tribulations (and still do). And, hopefully my husband will realize that this female thing starts very very young and ya, maybe I'm not so koo-koo crazy after all. But, I would never want to trade being a female for anything. I believe that we feel things deeper and live richer lives with deeper bonds and friendships. We shed buckets of tears compared to the males, but you know what, tears are damn good because it helps us release our pent up emotions. Tears and relief are much better than the alternative. Just think if it was mandatory for every man to cry for just 20 minutes every week? Just imagine how much the world would change.
Posted by Daria